Do Not Go Gentle

DO NOT GO GENTLE
into that good night…
Rage, rage against the dying of the light.

This choreography is a satire, a whimsical, a bit audacious, and perhaps foolish, way for me to dance about my aging passions, impulses, and foolishness, and dance with my own son, Michael Rossato Bennett, the sensitive filmmaker of “Alive Inside”.

My son, Michael, who lives in NYC, was invited by Twin Towers Senior Living Community to lecture and show his film for their entire senior community in their theater in Cincinnati.

Michael, who has filmed my dance choreography and taken my classes and improvised with me over many years during his Cincinnati stint, asked me to create a dance for this event, and, as you can believe, what mother would not love to create a dance to precede the showing of this masterpiece film which honors aging.

Now, I have a new passion for Tango, and I often go to Milongas and study with tango masters in town, to the chagrin of my calf muscles, which often spasm, but nothing will deter me from my new love.

Age
No age,
Have no age
I have no age

Tango dancing……….caught me,
Just when I could no longer walk or balance.
No longer bear
loneliness
Tango dancing ……….
As I hold
Am held

By man
After man

Tango hooked me
Until I go every free night.
Hoping the man 30 years older will find me

Tango dancing
The ultimate
Surrender’s Vibrating column
Between right leg left leg
Balance
Shared
As intimately
As the centerfold
Alive Between Two
Who
Now
Know
Only that. And the music 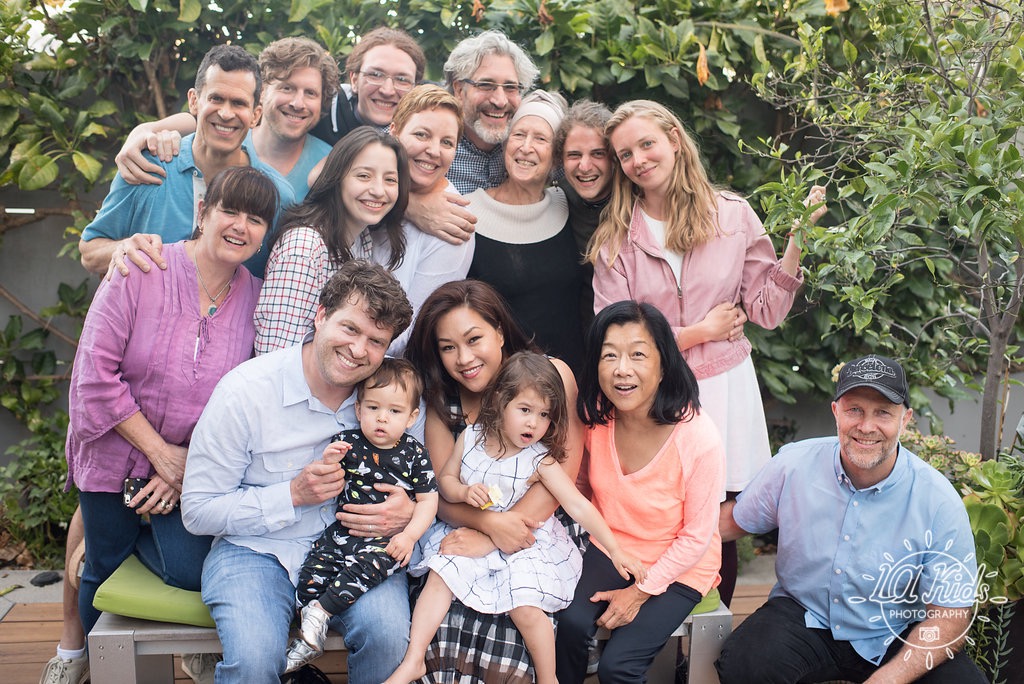 A few months ago, I got a chance to dance with my wildly creative Son Michael at my family reunion (to celebrate grandchild Micah’s first birthday). 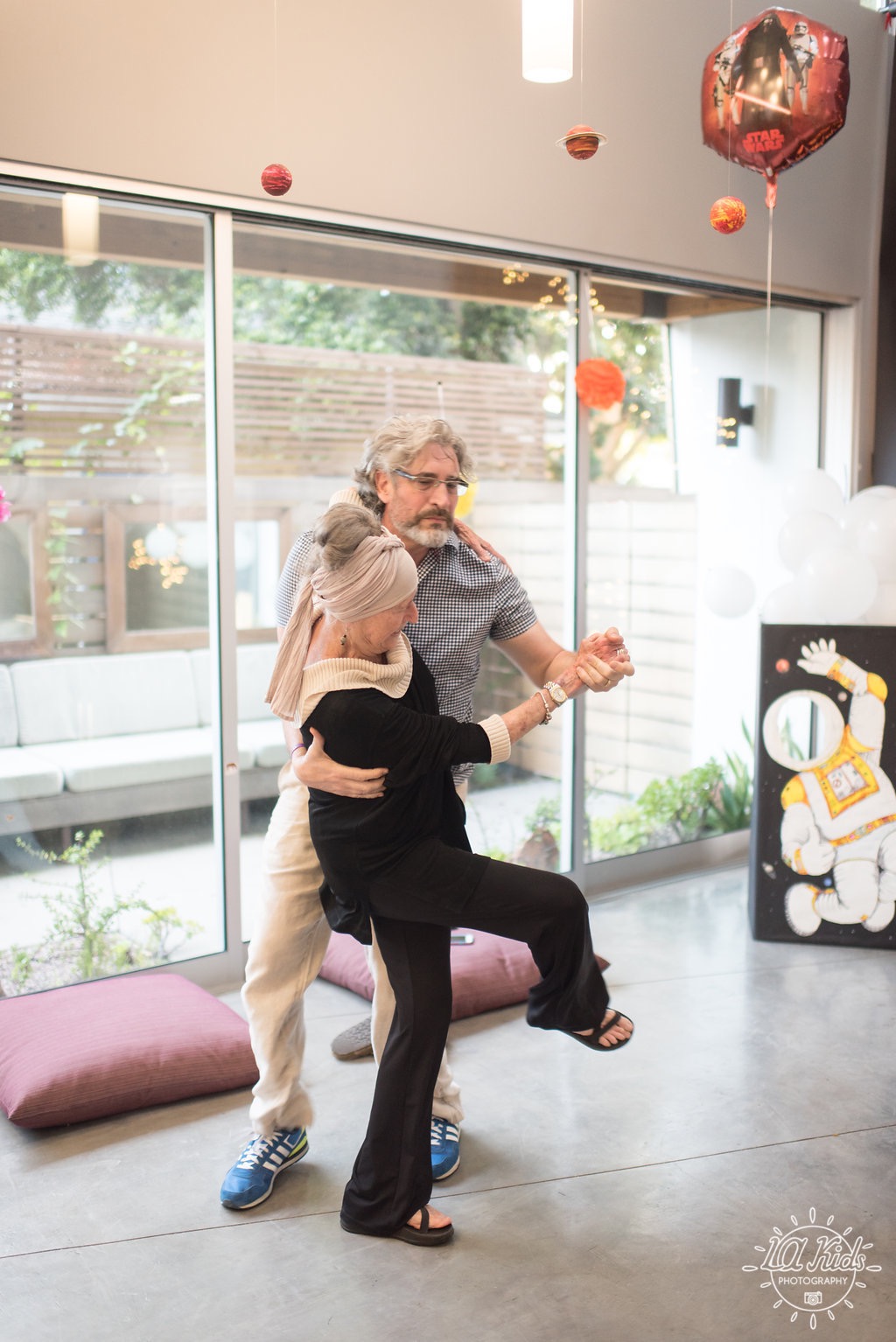 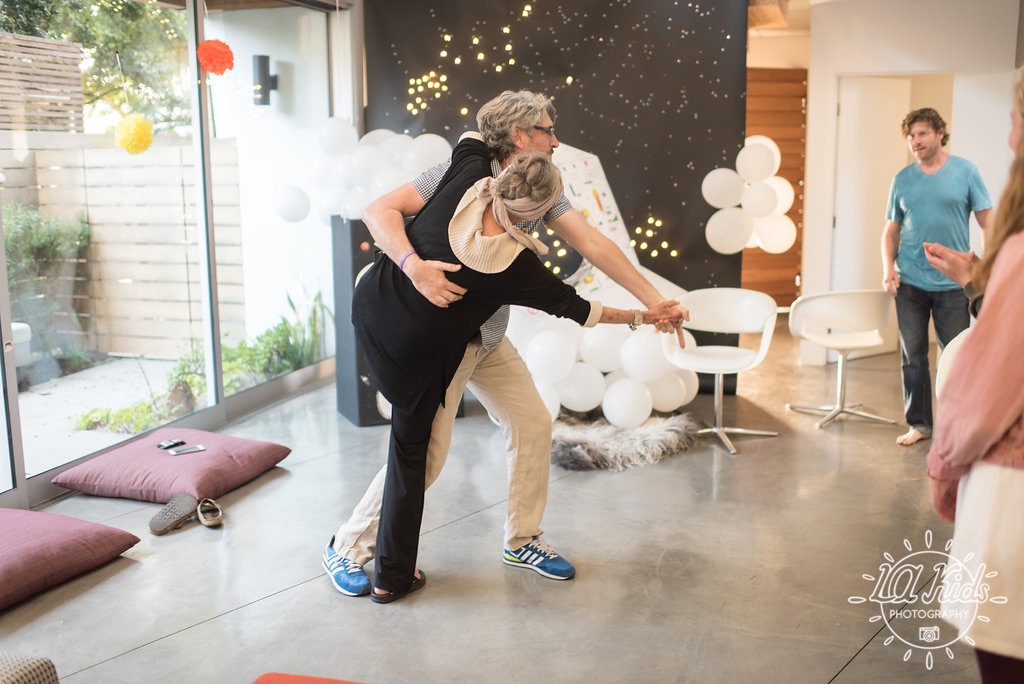 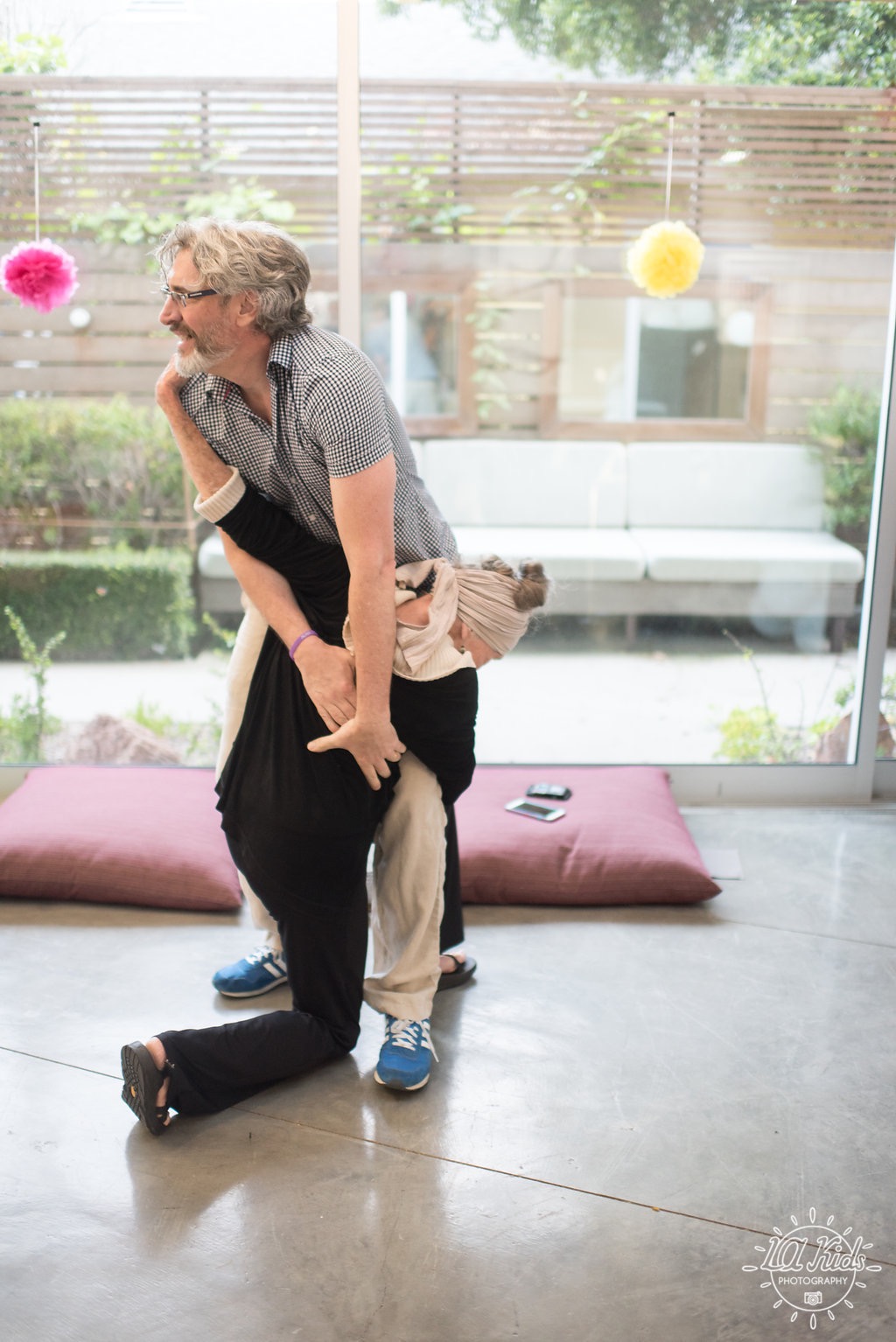 Now Michael was a bit stunned by my dancing with him because it was not a kosher tango at all.  In fact, it was my chance to do everything I could not do in a formal tango, (where the woman uses her lower legs to decorate the rhythms of the contained duet forms…and where impulses are contained in the lead of the man).

So, I wanted the freedom to put my lower legs everywhere in the space that I could, and to release myself from the formality of the classic tango embrace and instead, lean on my son for dear life while he whirled me around, strong enough to hold me when I lurched out into space, like a monkey in a moving oak tree.

My musician friend, Mark Rasmussen, and I began to compose the dance, he on the electronic sax, with the actual voice of Dylan Thomas incanting the famous “DO NOT GO GENTLE into that good night…Rage, rage against the dying of the light”.

As many of you know, one of my choreographic passions is my unique passion for involving the audience! So, I had some sections where they “danced with me from their seats” and even “caught me” from their seats. And then, I choreographed my own son into the dance, imagining that in the two days we had together before the showing, I would show him his moves and we could practice.

Well, so, I injured my knee so bad I had to use a walker for two weeks. Michael, my son the filmmaker, was ready to cancel my part…but I decided to re-choreograph it with a walker.

Well, when it came time for Michael and me to practice, my leg was getting a bit better but not enough to let go of the walker.  But, as he practiced it with me, he cut out some of my audience-involving ideas and added some of his own, which in the end, made the dance more beautiful to watch, and the spoof on the tango still was there, with Mark’s soulful musical interludes weaving it all together.

I hope my son has forgiven me for putting him in a vulnerable position, making him dance with me to show respect to his 81 year-old mother.

But, there is a poem spoken at the end of this video that does a better job of telling this story…
So, have fun viewing and listening to:
Do Not Go Gentle
I beg you to look at it on a big screen…it is about 14 minutes… 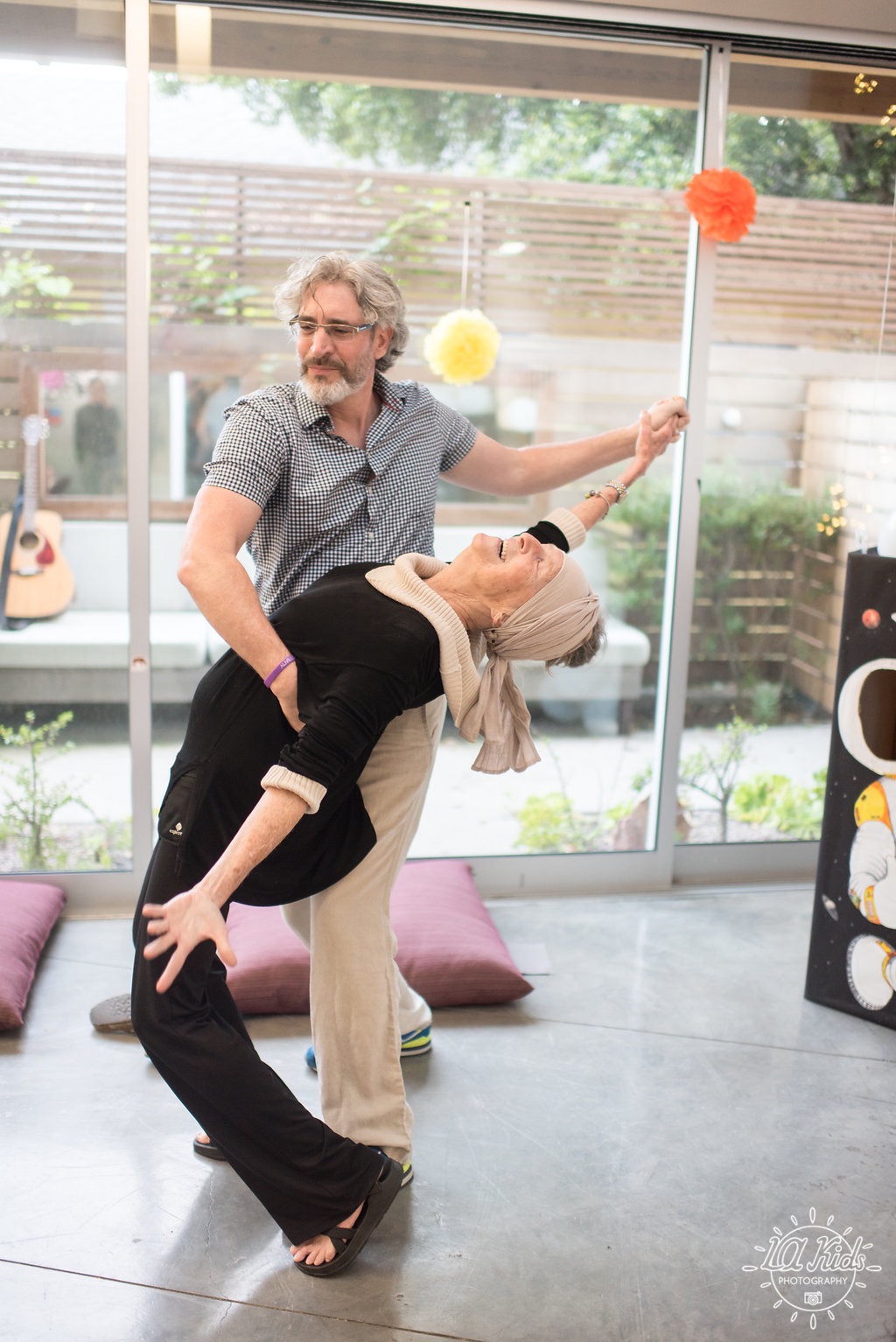 Do Not Go Gentle from Fanchon Shur on Vimeo.